Because it was the celebration of Midsummer (more on that in another post), we actually saved her party till this past Sunday, as this was the day that the extended family in Sweden would be able to attend.

We held the party at DD’s farmor’s house (farmor – paternal grandmother, literally “Father Mother”), because she has a great outdoor space, and the weather has been absolutely beautiful these last couple weeks. Being outside also helped us stay as safe as possible. Sweden has recently issued another recommendation regarding COVID-19, which is to avoid travel longer than 2 hours away. My husband’s uncle and his family live about an hour and a half away, so they came up, but we were glad to have the outdoor space just to be safe.

For DD’s cake, I was trying to find a recipe that I could let her eat. The cake could not include added sugar since we are trying to keep processed sugar out of her diet for as long as possible, but also had to be sweet enough for the adults to enjoy. After a bit of online searching, I thought I had found the perfect solution: an applesauce cake. I actually had an applesauce carrot cake recipe in my recipe stash that would be perfect. It’s a little denser than a traditional birthday cake, perhaps, but a nice, simple solution.

The only problem was, in all of our local grocery stores, I could not find a single jar of unsweetened applesauce! Every brand, even the organic option, had some sort of sweetener in it. Even the “sugar-free” one had aspartame in it (no, thank you!). I knew I could make my own (and that it would probably be even tastier if I did), but as mentioned, I needed something relatively quick.

Then a few days later, Dear Husband told me that a local grocery store was having a sale on those baby puree pouches. We don’t use store-bought baby food a lot, preferring to just give DD small portions of what we eat ourselves. But we like to keep a pouch or two in our baby bag, in case there is a snack emergency while we’re on the go.

In any case, when Hubby told me about them, it clicked. What is applesauce but pureed apples? I could use baby purees in place of applesauce! Even at a discount, I know they are relatively expensive, but also tasty, healthy, and plenty sweet!

I went for the Strawberry Apple puree for DD’s birthday, but you could assumedly use any of the sweet types. We also decided to do cupcakes as opposed to a cake, because I wanted to frost some of them with whipped coconut milk to make them dairy-free and others with regular whipped cream for the traditionalists (Swedish cakes typically have MASSES of whipped cream on and in them). We also left some plain, because they actually make great breakfast muffins.

After all that consideration, DD only ate about half a cupcake. There was also a “Princess Tårta” (one of the traditional Swedish cakes with loads of cream) that my brother-in-law had bought because his own birthday was also last week, as well as three or four other desserts, so she and I ended up being the only ones that ate these cupcakes at all. However, at the end of the day, I was content to have successfully developed a cake to satisfy both kids and adults.

And I have NOT minded having the leftovers for breakfast this week!

So grattis på första födelsedagen, min lilla älskling! Happy first birthday my little love! I look forward to watching you continue to grow into the beautiful person I know you are! 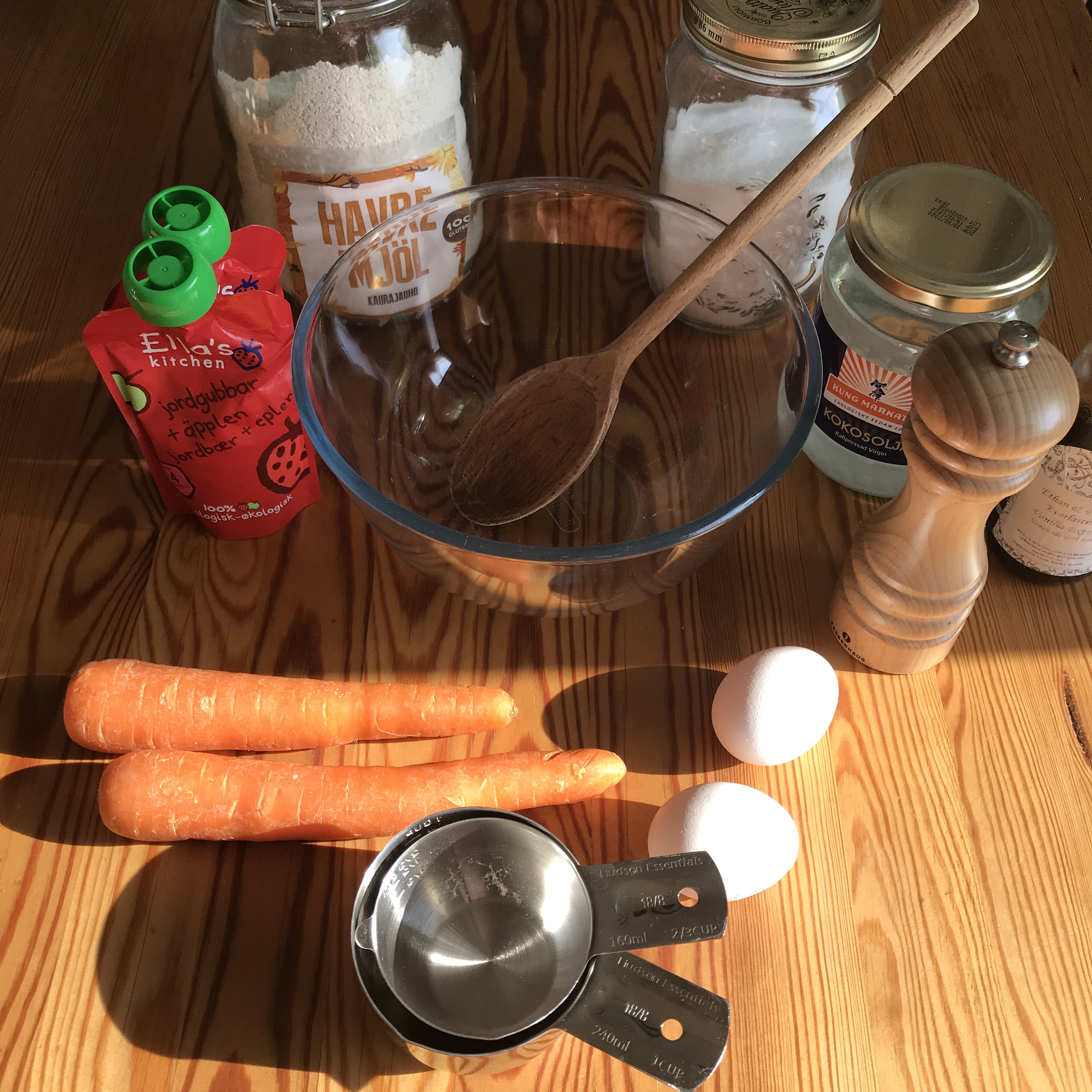 View all posts by Cailin